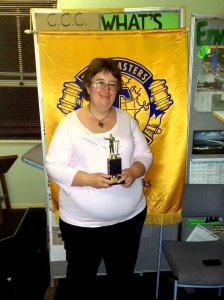 I have no fascinating tales of faraway places or exotic professions to share. I have no great wisdom to impart. I am just an ordinary person leading an ordinary life. But I am no less happy for all that.

13th July 1977. A massive blackout plunges New York into rioting. The Spy Who Loved Me is released in cinemas. Events at Her Majesty’s Prison, Hull are discussed in Commons. And a young mother-to-be snaps at her husband that she is not going to the hospital until she has eaten breakfast.

Since that day, 32 years ago, I have grown. I have learned. I have moved from place to place. I have made friends and lost them. I have had good times and bad. Grandparents have died. Children have been born. And life has conspired to create the unique person you see before you tonight.

So who is this person called Nurture Censored? Well, if I had to describe myself I would use words like loving, caring, trustworthy, scatterbrained, lazy, pessimistic, optimistic, impatient, quiet, shy, fickle, eclectic. I do not fit into any box and where I stand depends on the issue under discussion.

I grew up with my mother and father and my younger brother and sister. My parents used to fight a lot and I suspect my father may have had affairs. Eventually, they divorced. My mother is still single and works at the crocodile hotel in Jabiru. My father spends half his time in Australia and the other half with my stepmother’s family in China. My stepmother is a retired opera singer and, in my opinion, the best thing that ever happened to my father.

I am now grown with a family of my own. I have been happily married to Earth since 2005, though we have been together much longer – 15 years in fact. That’s almost as long as two average marriages!

During this time we have lived in two separate states, suffered through two miscarriages and been blessed with four wonderful children. Our eldest daughter, Censored, begins high school this year. She has been accepted into the Censored Program at Censored. This is an accelerated learning program that allows students to complete the first three years of Maths, Science and Computing in just two years.

Next in line is Censored. She is a very talented artist and she loves playing the violin. Our youngest daughter, Censored, is the most sensitive of our children, and often gets upset over small things. She is the bossy-boots in the family and would run the entire household if allowed.

Finally, we have our son, Censored. Beloved by his sisters and spoiled rotten, he often gets way with murder. However, he is a caring individual who will share, hug and protect to keep his loved ones happy.

My interests are as eclectic as my personality. I love reading, and books are my passion. I read both fiction and non-fiction in just about any genre. I’m really not into Mills & Boon type romances though. Another passion of mine is BookCrossing. This is the practice of leaving books in the wild for people to find. These books have tracking numbers so people can let us know where the book is traveling if they wish. I enjoy using the internet and I have several blogs. I have a Multiply blog which is more of a homepage, a wordpress blog called Ravings of a Lunatic Mum and a few on blogger as well – Karma Reads, Aussie Reads and Quotes That Caught My Interest. Anyone who is interested can ask me for the URLs afterwards. I can also be found on facebook, and my current obsession – twitter.

Besides books and the internet, my interests include science, history, the natural world, true crime, current affairs, Japanese Horror films, fortean phenomena and homeschooling my children. In fact, I have never enjoyed anything so much as I enjoy helping my children learn – not even reading and believe me, that’s saying something!

A while ago, I suffered from severe anxiety with symptoms of agoraphobia. I was unable even to approach the front door, let alone walk through it. As you can see, I have managed to reach the stage where I can leave the house alone, but I still have some residual anxiety, and this is my reason for joining Toastmasters International.

So there it is. My life, my family and myself. By no means complete, but summed up as best I can in a few short minutes.

Like Loading...
‹ ‘Too Safe For Their Own Good’ by Michael Ungar
Maggie Hamilton in ‘What’s Happening to Our Girls?’ ›

What the Basement Said