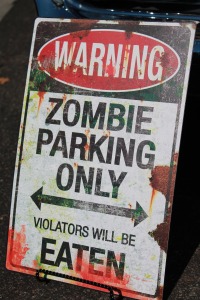 Whether you think the world as we know it will cease to exist due to war, zombies or super volcanoes, apocalyptic scenarios aren’t exactly known for their creature comforts.

Aside from the obvious — things like safety, shelter, and enough food to eat — everyone has a something they would miss more than anything else, should our modern lifestyle come to an abrupt end.

Personally, I have quite a few things I would miss in a world gone mad, not least of which is isolation. I’m not a big fan of socialization, but in the post-apocalypse, I would be forced to band together with other people just to survive.

Still, even that doesn’t make my top ten, so here it is, my list of the top ten things I would miss in an apocalypse, listed from ten to one:

There’s nothing like standing under a hot shower on a freezing cold morning, after a hard day at work, or perhaps after being caught in the rain. Those warm beads of water pounding down on sore muscles are perfect for washing away the stresses of the day. An enjoyable form of relaxation that will be unavailable in an apocalypse.

Ok, so you may be lucky enough to be spend your apocalypse with the next Jimi Hendrix, but let’s face it, most of us are gonna be stuck with the tone-deaf teacher from hell. And most of us like a wide variety of music genres that are unlikely to be available for listening when the shit hits the fan. Not once the batteries on your iPod go dead, anyway.

Ok, I know my parents and grandparents and the generations that came before them were all fine and dandy with outdoor dunnies. Some people way back when even used chamber pots! That gross shit is not for me. I like flushing my business away down the drain, thank you very much. Unfortunately, that is something I would have to learn to live without, were I caught up in an apocalypse.

I am definitely not a meat and three veg kinda gal. I’m much more at home sitting down to a meal of Vindaloo and Basmati Rice, or Spicy Mexican Bean and Quinoa Salad. I am only able to treat my taste buds to such a wide variety of flavours because I’m lucky enough to live in a relatively affluent country in a time when global trade is the norm. Any apocalypse would kill that just as dead as the bodies piling in the streets. Those survivors lucky enough to eat at all, would be limited to whatever food they were able to loot or forage. None of the culinary delights I currently indulge in.

If I had to choose the one food I would miss the most in a time of scarcity (such as any kind of apocalypse), it would be chocolate. Given that I am a woman, and still young enough to suffer on a monthly basis, I’m sure that will come as absolutely no surprise to anyone.

Speaking of monthly suffering, one of the products I would miss the most would be my feminine hygiene products. These days, I feel like I’m being constantly bombarded with the message that this is a magical, mystical time of month, a celebration of womanhood that I should embrace with open arms; that I should welcome menstruation as a sign of femininity and fertility. What rot. Periods are messy, painful, smelly and just generally awful. I don’t even want to contemplate having to deal with them without the mod cons, the way my foremothers did. 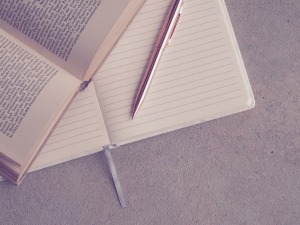 While I would definitely miss the internet for its own sake, I would mainly be missing the people and information that the internet allows me to access. One of the things I would miss the most should the internet disappear, is fan-fiction. One of my biggest pleasures is Harry Potter fan-fiction. If something suddenly took away all my fan-fiction, I would be going spare before the day was through. Going without long-term? Nope. Not going there.

Something we, and especially our children, take for granted these days is indoor plumbing. It isn’t really all  that long ago when country people had wells, and folks in the city shared community water pumps. Such things are no longer a part of the urban landscape, though, so once our plumbing breaks down, clogs up, or otherwise ceases to provide us with running water, we will be reduced to scrounging not-so-clean water from lakes, puddles and buckets left in the rain. Not only will this taste horrible, it will also likely see the re-introduction of many currently controlled diseases.

I am quite sensitive to changes in temperature. While people around me are experiencing an unpleasantly warm day, I am dizzy and nauseous from the heat. When others are donning an extra jumper, I’m wearing four layers of clothing and still shivering uncontrollably. Despite the resulting electricity bill and environmental impact, I make liberal use of our reverse cycle air con in order to remain comfortable. With no electricity, however, I would be forced to weather the temperature extremes as best I could, and I am by no means confident of survival.

Admit it. Your just as grossed out by the prospect of wiping with leaves or, worse, a bowl of water and your left hand, or even, shudder, a communal sponge on a stick, as I am. I don’t care how our ancestors did it. I’m sure they found it just as disgusting. They simply had no alternatives. There’s a reason toilet paper was invented, people! This is definitely the one product I would miss the most as a survivor of the apocalypse.

I always end up writing about monsters...