Before I begin this list, I would like to point out two facts. First, as stated in the title, I am basing this list upon the characters as portrayed in the films rather than the books. There is no reason for this other than, this is what I want to do.

Secondly, this is not a list of the scariest Harry Potter villains. If that is what you were after, you can see such a list over on Pottermore. This list is, instead, a list of the villains I most enjoyed watching on-screen, even if they weren’t necessarily frightening, or didn’t have the most screen time.

Well, on with the show. Here is my personal top ten list of Harry Potter movie villains, from ten to one: 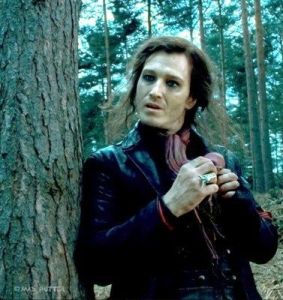 Scabior, played by Nick Moran, appears in both parts of Harry Potter and the Deathly Hallows. He doesn’t get a whole lot of screen time, yet he is one of the villains that remained in my memory long after viewing the films. For those who don’t recall, Scabior is one of the snatchers who capture Harry, Ron and Hermione after they trigger the Taboo, dragging them along to Malfoy Manor. 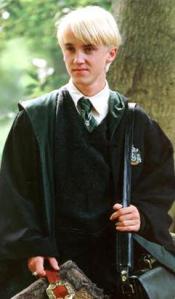 Draco Malfoy is a Slytherin student in the same year as Harry Potter, who has styled himself as Harry’s rival. Over the course of the eight films, we watch as Draco grows from an arrogant bully with a sense of entitlement, to a formidable enemy who finds himself trapped by his father’s choices. Masterfully portrayed by Tom Felton, Draco is one of the most popular villains in the Harry Potter universe. 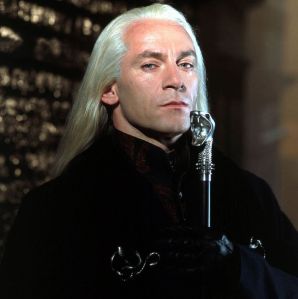 Lucius Malfoy, Draco’s father, is Voldemort’s right-hand man, and an influential figure in the British Wizarding World. A conflicted character, Lucius comes across as a cruel man who joined the Death Eaters in search of power, only to find himself little more than a slave to Voldemort. He is a man who is deadly to his enemies, but would do anything for his family. Jason Isaacs portrays his character well, portraying one of the creepiest villains in the entire series. 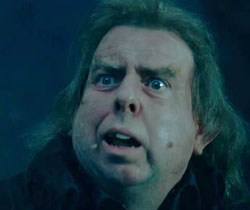 Peter Pettigrew, brilliantly performed by Timothy Spall, comes across as weak and pathetic, yet he does more damage than any other villain save Voldemort himself. First, he betrayed the Potters and framed Sirius which, while heralding over a decade of peace, resulted in Harry’s less than ideal upbringing. He then played a key role in the resurrection of Lord Voldemort, leading to the second Wizarding War, and resulting in the persecution and death of countless muggleborns, half-bloods and light-sided wizards. 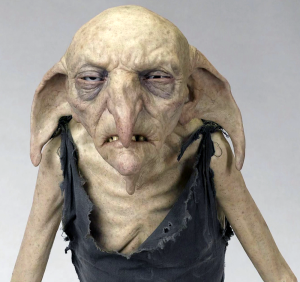 The dark house elf, Kreacher, voiced by Timothy Bateson and Simon McBurney, provides a stark contrast to the hyperactive Dobby. Before being redeemed in Harry Potter and the Deathly Hallows, Kreacher spends his time muttering about ‘mudbloods’ and ‘half-breeds’, and his actions directly contribute to the Department of Mysteries fiasco, and the death of his master, Sirius Black. 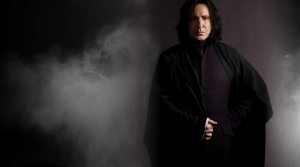 They say that the performance can make or break a character, and there has never been a more potent example of this than Alan Rickman’s outstanding portrayal of Severus Snape. In the books, Snape is nothing more than an arrogant bully, allowing his obsession with a dead woman to turn him into a bitter, hateful old man, using his position of authority to abuse the students in his care. Add Alan Rickman to the mix, and Snape becomes one of the most sympathetic villains in the Harry Potter universe. 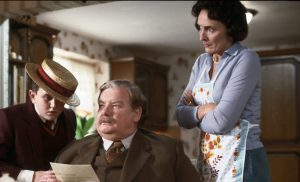 The Dursleys, played by Richard Griffiths, Fiona Shaw, and Harry Melling are Harry Potter’s muggle relatives. Unwillingly tasked with raising a wizard, despite their fear of, and disdain towards, magic, they are less than ideal guardians to young Harry, neglecting him horribly, and likely contributing to his ‘saving people thing’ and his tendency to dish out forgiveness far too easily to his friends. 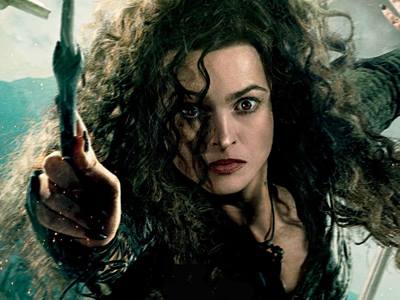 Bellatrix Lestrange, performed beautifully by the incredibly talented Helena Bonham Carter, is Voldemort’s most loyal follower. Still a beautiful woman, despite her stint in Azkaban prison, her skill and insanity make her one of the most feared of Voldemort’s Death Eaters. She is one of the Death Eaters responsible for the attack on the Longbottoms, as well as the being who cast the curse ending the life of Sirius Black. During the final battle, she attacks Ginny Weasley, leading to Molly’s iconic cry of ‘Not my daughter, you Bitch!’ 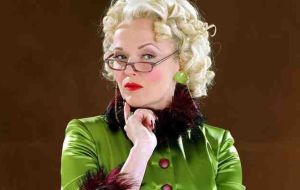 Rita Skeeter, performed by the beautiful Miranda Richardson, is probably the most entertaining villain in the Harry Potter movies. Best described as a tabloid reporter, Ms Skeeter’s articles contribute greatly to Harry’s periodic vilification by the student body, as well as the wizarding world at large. 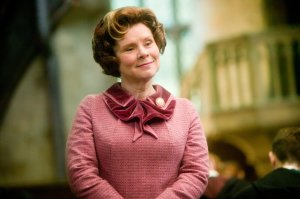 Described by Stephen King as ‘the greatest make-believe villain to come along since Hannibal Lecter’, Deloris Umbridge is responsible for raising more ire than Voldemort himself and is arguably one of the most hated villains in literature. She is the monster hiding within the mundane and her skillful portrayal by Imelda Staunton makes her my favourite villain in the Harry Potter movie-verse.